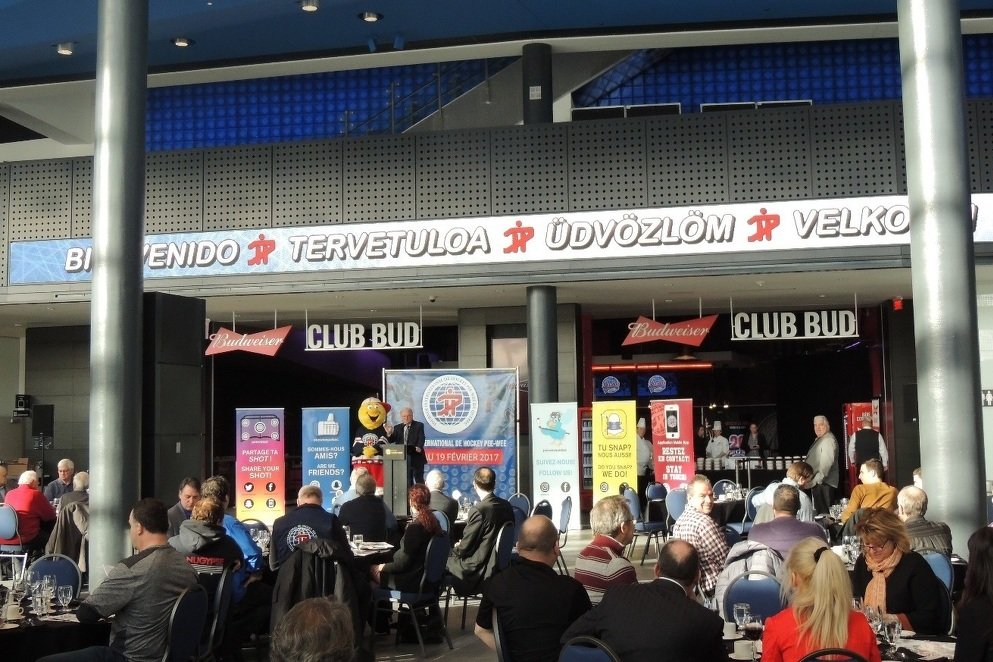 On Monday January 9, 2017, the tournament organisation officially kicked-off the 58th edition of the Québec International Pee-Wee Hockey Tournament.  The media responded to our invitation, excitement was in the air.  Last year’s success brought about an increase in this year’s applications and an increase in international interest.  This year, we have one hundred twenty teams from seventeen countries who will confront each other from February 8th to the 19th 2017 at the Videotron Center.

Here is a resume of the Press Conference.

Saturday February 11 at 1pm the little Remparts, represented by Pointe-Levy Corsaires, will face Benoit Hogue’s Long Island Stars.  The long awaited game of the little Nordiques represented by Beauce-Appalaches Elites will take place Sunday February 12 at 1pm.
The all Star Feminine team will participate again this year, coached by Caroline Ouellette and Kim St-Pierre.  They will play their first game Thursday February 9 at 7:15pm against Beauport Harfangs. 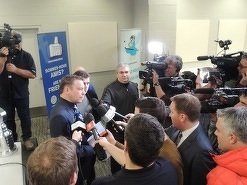 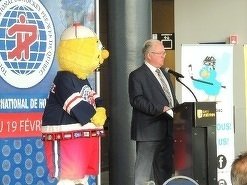 In 2017 we will welcome our 10,000,000th spectator.  To celebrate this event, our 10,000,000th spectator will win a trip for 2 to Las Vegas and attend a Golden Knights game
We will intensify our presence on social media.  Different campaigns have been planned to multiply our contact points with the public and the players.  Among these, be on the lookout for the 12 Snapchat geofilters.
A mobile sugar shack will bring a traditional touch to our event.  In celebration of this new attraction, a bottle of maple syrup with the tournament logo was given to all journalists and participants of the Press Conference.
A huge ice sculpture representing the tournament will occupy a place of choice in front of the Chateau Frontenac.
This year our Second Chance Tournament will be at the Arpidrome in Charlesbourg.

Who to look out for?

And in the future…..

The tournament organisation is presently involved in a strategic study that will add several novelties to our event.  The vitality and the international visibility of the tournament offers several opportunities that will be exploited during the coming years.  The details of this study and the courses of action possible will be divulged in the spring. 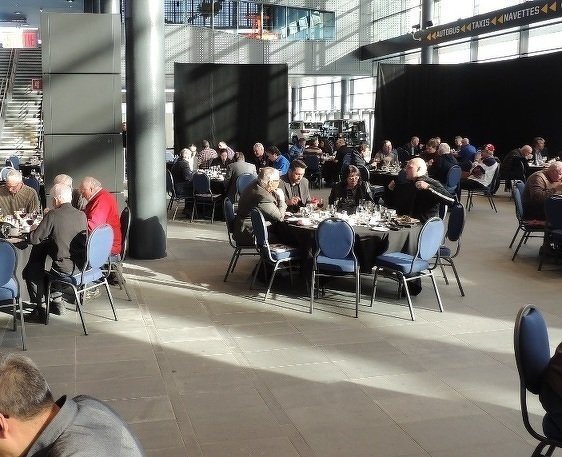