CANCELLATION OF THE 2021 TOURNAMENT 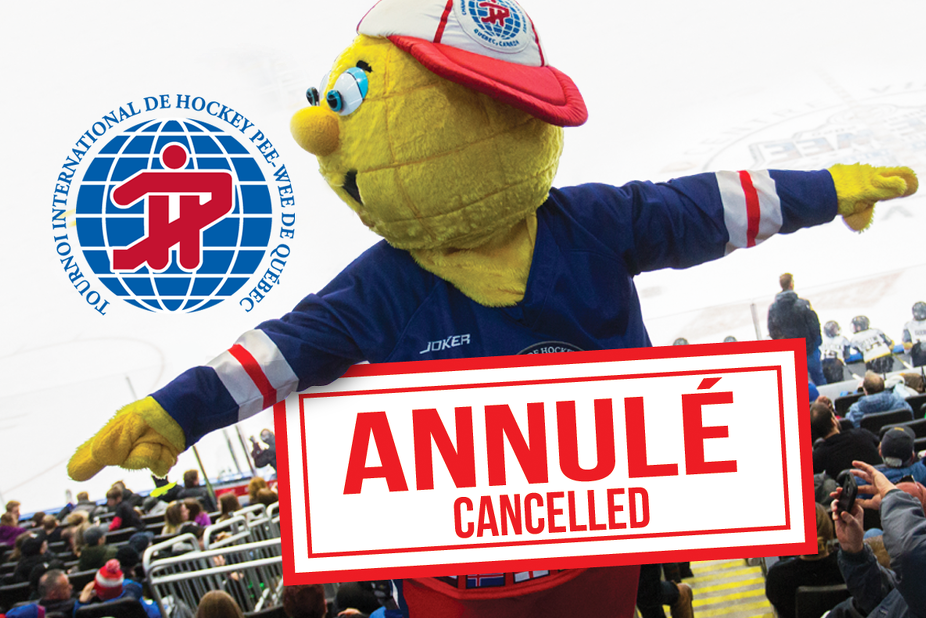 Quebec, August 31, 2020 – It is with great regret that the Quebec International Pee-Wee Hockey Tournament team announces that due to the current global situation, it is forced to cancel the tournament which was to be held from February 10 to 21, 2021

Many reflections behind the decision
The organization thought long and hard before making the decision to cancel the 2021 Tournament. Many scenarios were possible, several factors were taken into account. With COVID-19 still present and a second wave threatening to appear soon, it forced management to take this avenue. It should be noted that it was impossible for us to postpone the date of this decision since the organization of such an event requires a long process spanning several months.

The main reason for the cancellation of the 2021 Pee-Wee Tournament is first and foremost to ensure the safety of everyone. We do not know the future of this pandemic and cannot take any risks. It must be remembered that there are 2,500 players from all over the world, not to mention the 230,000 spectators, employees and collaborators who gravitate in the Videotron Center during these 12 days. "We also count each year on the collaboration of more than 400 volunteers and 450 billeting families, the majority being older people. Considering the risks the virus poses to their health, we believe it is impossible and too dangerous to count on the active participation of all these volunteers. " says Patrick Dom, General Manager of the Tournament.

Several questions still in the air
In order to hold the event, the Tournament needed to have clear answers to many of its questions by August 31. After discussions with the government, public health and the various stakeholders, we noticed that it was impossible to obtain exact answers, which led us to cancel the tournament scheduled for February 2021. Here are our main questions:

A national tournament?
If we had decided to hold the tournament, under the same international format or in a pan-Canadian format only, and this while respecting all sanitary measures, the holding of the event would have resulted in a deficit of approximately $ 800,000. This amount takes into account the decrease in ticketing revenues, the decrease in private sponsorship revenues and the increase in security costs.

"When it costs you more to do it than not to do it… the decision is easy to make" affirms Patrick Dom, General Manager of the Tournament. Unfortunately, we could not afford such a deficit and absolutely wanted to deliver an event that lived up to our standards. One thing is certain, in February 2021 we will mark the tournament in a different way.

Considerable impacts
The cancellation of the tournament will of course have several impacts. Thousands of young players and parents who have been waiting for this moment for a long time and for whom their participation in the Tournament was a dream are now losing all hope. “This decision breaks our hearts. We know the young peewees worked hard to achieve this goal and that this was probably their only chance to experience it this year!’’ explains Michel Plante, President of the Tournament. It is not only the teams, but also Quebec City that will be impacted by the cancellation of the Tournament. We directly generate tourism spending that approached $ 14.5 million last year. These are significant financial benefits that Quebec will lose in February, a period of the year usually slack for the City. Those 12 days of event are very beneficial to the tourism industry, for restaurants as well as hotels and businesses that receive thousands of tourists. Many partners, suppliers and of course volunteers will also have to pause their contribution to come back in force in 2022.

A year of development for the Tournament team
The Tournament team will remain in place and will use this special year to work on many development and improvement projects. They will have to manage several important files and maintain their relations with international and national minor hockey federations and associations. Everything will be in place to ensure an effective recovery in 2022.